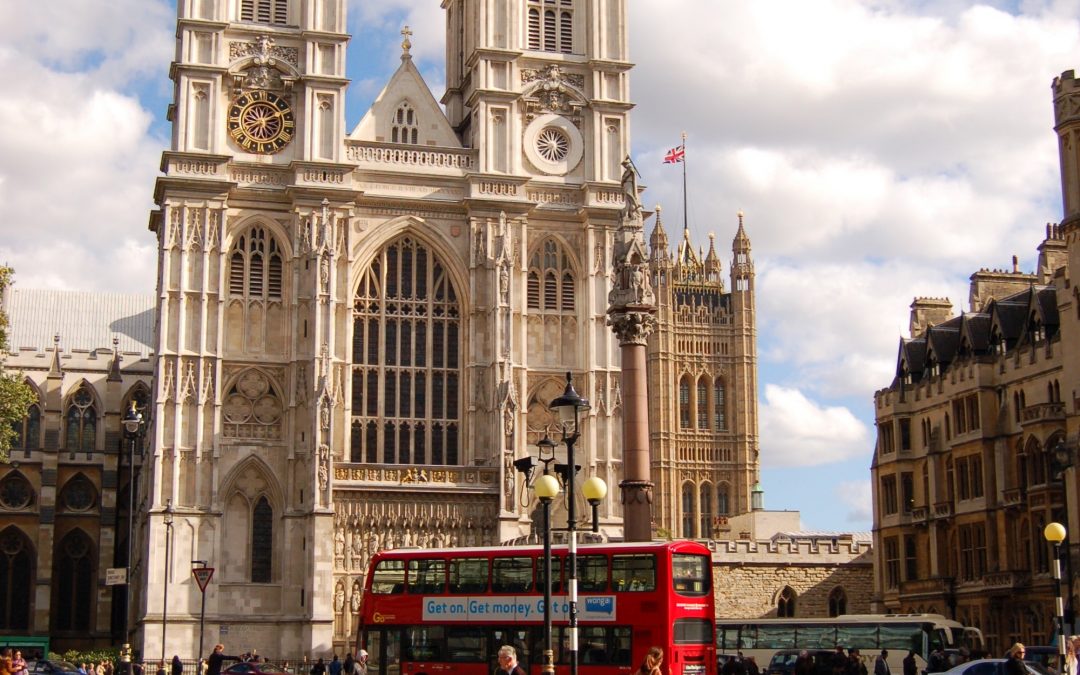 We begin this guided tour by visiting the gothic masterpiece Westminster Abbey (about 90 minutes – not Sundays), the site of every king and queen’s coronation since 1066, and where most of the royal weddings and funerals take place. It is also the place where seventeen British monarchs are buried and the final resting place of many other luminaries such as Charles Dickens, Sir Isaac Newton, Charles Darwin and Stephen Hawking.

From here we will see other famous locations around the Abbey including The Houses of Parliament and Big Ben, Central Methodist Hall where the first meeting of the UN General Assembly took place in 1946 and the parish church of St Margaret where Sir Walter Raleigh is buried and Churchill was married. From there we walk to St James’s Park to see the Queen’s Horse Guards on duty at Horse Guards Parade, Whitehall where government is located and of course Downing St, where the Prime Minister lives and works. Our final destination will be Buckingham Palace, official residence to HM The Queen by way of the royal route along the Mall.