THE GREAT FIRE OF LONDON – 3 HOURS 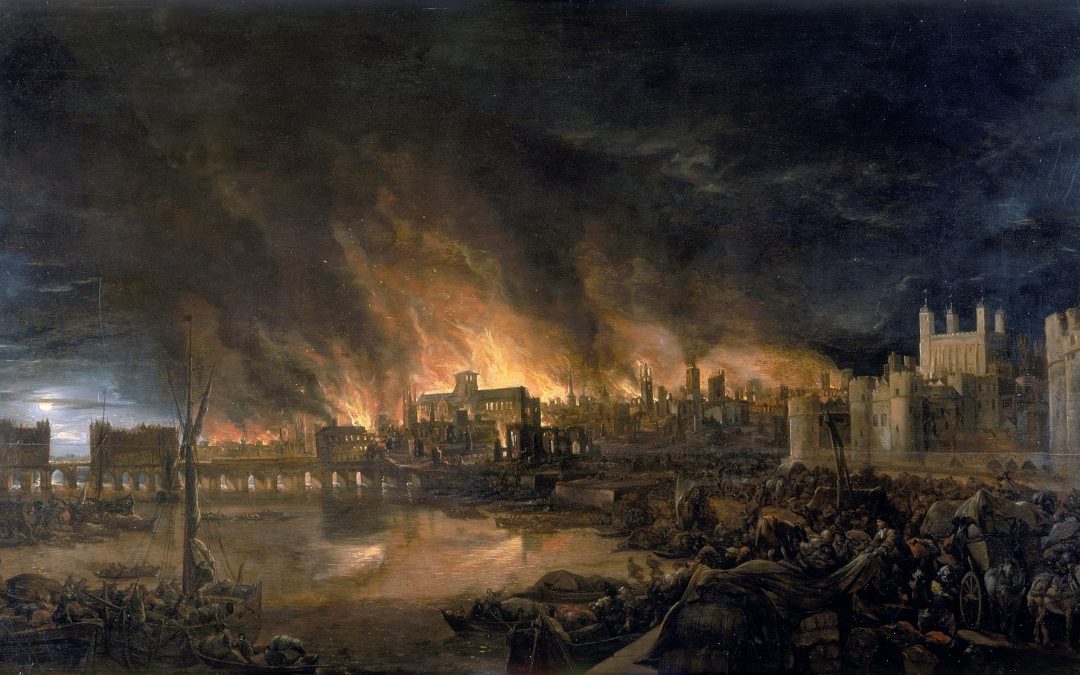 In the early hours of Sunday 2 September 1666 a fire broke out in a bakery. Fuelled by the closely packed wooden buildings and strong winds, it became The Great Fire of London, which four days later when it was finally extinguished, had destroyed about 75% of the city including over 13,000 houses, 87 churches including the medieval St Paul’s Cathedral, and many of its most important commercial buildings.

This three-hour tour begins with a walk along the Thames River path, and takes in the site of the bakery where the fire started, the 17th century monument erected close by and several surviving buildings that still exist today. The walk continues through the medieval city to the rebuilt St Paul’s Cathedral, and finally to the Museum of London to see some artefacts from the fire, and how London was subsequently.

The image above is a painting by an unknown artist, executed at the time and depicts the Tower of London to the right; London Bridge with its houses in the mid distance; and the old St Paul’s Cathedral in flames in the distance.