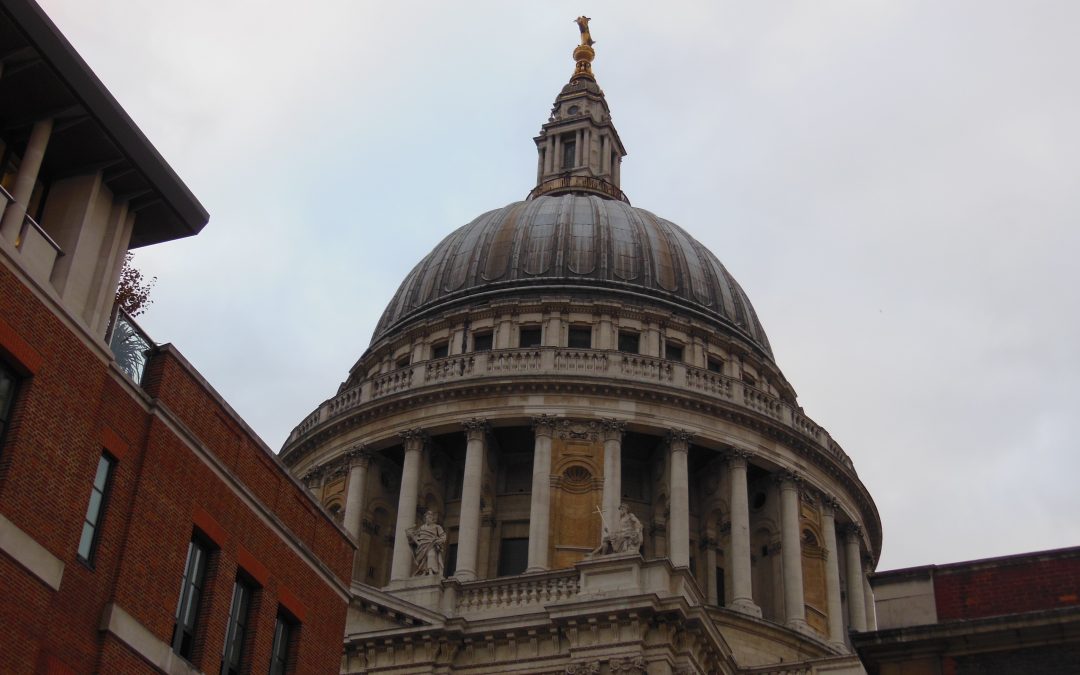 St Paul’s Cathedral is considered by most as being the masterwork of its architect Sir Christopher Wren and a masterpiece of English Baroque architecture. The building completed in 1710 replaced the old cathedral that was destroyed in the Great Fire of London in 1666. The site has been a place of worship since Roman times, and as a Christian site since 604AD when the first cathedral was built. Until the 1950s, St Paul’s was the tallest building in London at 365 ft and although it has now lost that status it is still regarded as a focal point of London, where it has been the site for three state funerals, including that of Sir Winston Churchill in 1965, and of Charles and Diana’s wedding in 1981. I will show you many of the treasures inside, on a privately guided tour, including the magnificent domed ceiling and gallery, and take you up on the roof to enjoy the wonderful panoramic views of London!

After St Pauls we will walk the short distance to Smithfield to see London’s oldest surviving church and hospital from the 12th century and the site of execution for Sir William Wallace (Braveheart) in 1305.