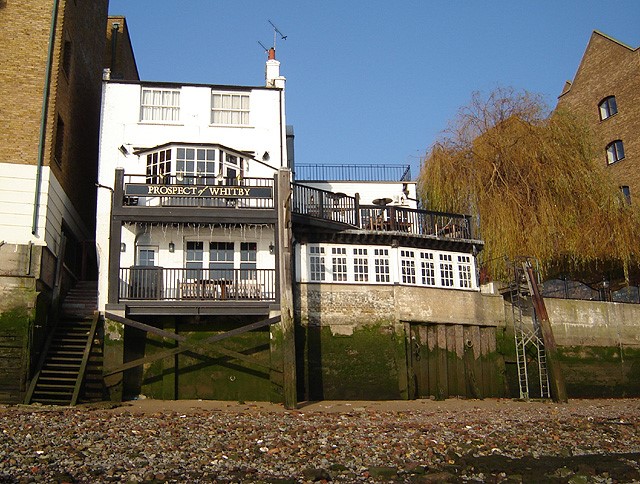 Taking in some of the oldest pubs in London, this three-hour walk along the former docklands to the east of Tower Bridge, was at one time an area frequented by pirates and smugglers. All the pubs are full of character and ambiance, have a story to tell, and have amazing views across the River Thames. We will stop at each one for a drink.

The walk begins at the Mayflower pub from where Captain Jones and the Pilgrims set sail for America 400 years ago! We will have our first drink here and commemorate that epic voyage. Close by is The Angel, a pub that claims to have its origins in medieval London when it was owned by the monks of Bermondsey Abbey.

On the other side of the river are three more pubs. The first of these is the famous Prospect of Whitby that claims to be the oldest riverside tavern, proudly displaying its 1520 heritage. The pub was a popular meeting place for pirates and smugglers, and the hostelry of choice for many including the infamous ‘Hanging’ Judge Jeffries, the artist Turner writers such as Dickens. Another haunt for smugglers was the Town of Ramsgate pub. Outside one can see the Wapping Old Stairs and at low tide, the post to which condemned pirates were chained, after being executed at what was originally known as the ‘Executioners Dock’. The final pub is the huge Dickens Inn near St Katherine’s Dock, converted from an 18th century riverside warehouse.