Off with his/her Head – London’s executions 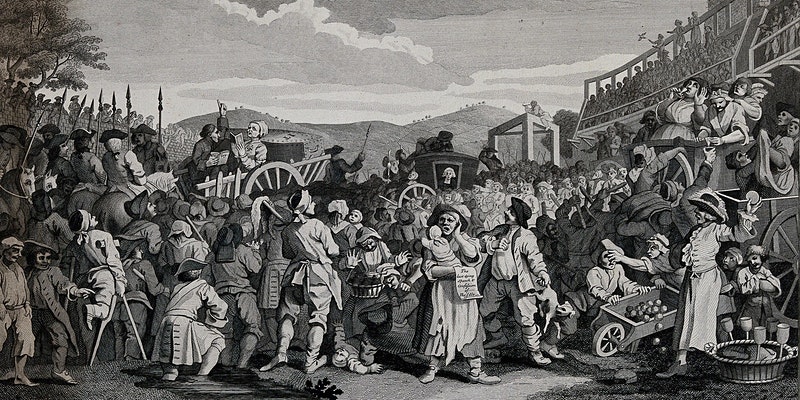 Off with his/her head! – London’s executions.

The last public beheading in London took place on Tower Hill in 1747. This tradition dates back to 1381 when Simon of Sudbury, the Archbishop of Canterbury, was hacked to death by an angry mob as part of the Peasant’s Revolt. Generally speaking beheadings were for high status prisoners who had their sentences ‘commuted’ from the more barbaric sentence of being hanged, drawn and quartered. This particularly brutal amd barbaric punishment was meted out to traitors; unless of course you were a woman, when public decency demanded that you were burned at the stake!

However public executions by hanging, often for misdemeanours such as petty theft, were not abolished until 1868, and the death sentence for serious crimes was not abolished in most of the UK until 1965.

Join Michael as he takes you on a gruesome and bloody journey around London to explore the execution sites and discover the personal stories of those who met their deaths at the hands of the executioner.

You can book this tour through Meetup