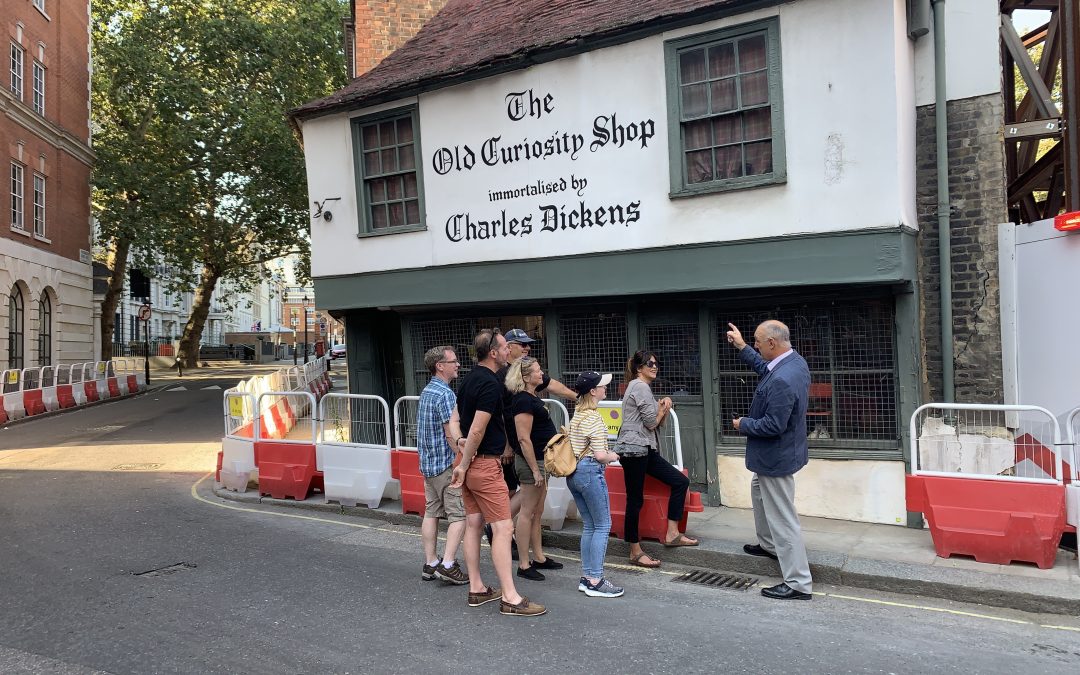 Many writers have been inspired to write about London and its inhabitants. The earliest of these is the father of English literature, Geoffrey Chaucer, who, in the late 14th century related fictional stories for pilgrims on their journey from London, in The Canterbury Tales. William Shakespeare came to London from Stratford in the late 16th century becoming first an actor and eventually England’s greatest wordsmith and playwright. Two of England’s greatest writers of the 17th century were Daniel Defoe and Samuel Pepys both of who related contemporary events in the capital city through their own eyes. Pepys’ famous diaries provide us with a reliable first hand account of the Great Fire of London, while Defoe is generally credited with developing the novel, as we know it today.

The 19th century saw the rise in popularity of the English novel most notably in the work of Charles Dickens. His stories of an insanitary, socially deprived and criminal London did much to bring the plight of the poor to the attention of those that brought about social change. But, it was in the early twentieth century that London became the centre for writers who were inspired by the diverse and rich seam of its society. Among the ‘Bloomsbury Set‘ were TS Eliot, who wrote his elegiac poem The Waste Land, Virginia Woolfe, who wrote about London life in her novels such as Mrs Dalloway and E.M Forster, author of Howard’s End. Other literary London residents have included W. Somerset Maugham, George Orwell and JB Priestley.

Our private guided tour includes a visit to Westminster Abbey and in particular Poet’s Corner, Sherlock Holmes Museum in Baker Street, The Dickens Museum, the house where he wrote Oliver Twist and Nicholas Nickleby. We then have lunch at ‘The Lamb’, Dickens local pub before going to the British Library to see Shakespeare’s First Folio, Jane Austen’s notebook and other items connected with the literary world. Finally we will visit Shakespeare’s Globe Theatre, and a walking tour of the area. There are of course other sites we will see en-route connected with literary London.