Much of England’s turbulent history is a result of the aftermath of Henry VIII’s Reformation of the English Church in the sixteenth century. England wrestled with a religious war that went from Protestantism to Catholicism and back again. During the Puritanical years of Oliver Cromwell, after the abolition of the monarchy, abbeys such as Westminster were closed and often used as stabling for the Parliamentarian troops! These same iconoclastic troops were responsible for wholesale vandalism of high churches with the destruction of most of England’s medieval stained glass and statuary that venerated saints. Our private guided tour begins at Westminster Abbey (not Sundays) where we can see the ravages of the anti-Catholic sentiment meted out during the reign of Henry VIII, and the Puritans under the leadership of Oliver Cromwell in the seventeenth century. 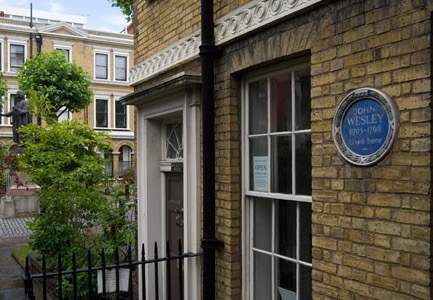 During the nineteenth century in particular church attendance increased dramatically, with many new churches created in response to this demand. Many of the buildings can still be visited today, a testament to the huge sums of money and dedication invested in them. After the 1829 Catholic Relief Act, many new churches were built specifically for their congregations, and it was the architect AWN Pugin that proposed a return to the medieval aspects of church building, creating a burgeoning gothic revival style that had architectural currency for the rest of the century. Some of the eclectic mix of churches in London will be explored on this guided tour. There were also other Christian faiths in England including, for example, Methodism that also built their own places of worship, often in contrast to the elaborate styles of Roman Catholicism and High Anglicanism. The tour will also include a guided visit of John Wesley’s house, and the first Wesleyan Chapel.

*The tour cost is for a group of up to 10 persons and NOT per person. So, for example, a group of 5 persons the cost is £55 per person. The fee does NOT include admission to any of the sites, or travel costs. Mine are covered.