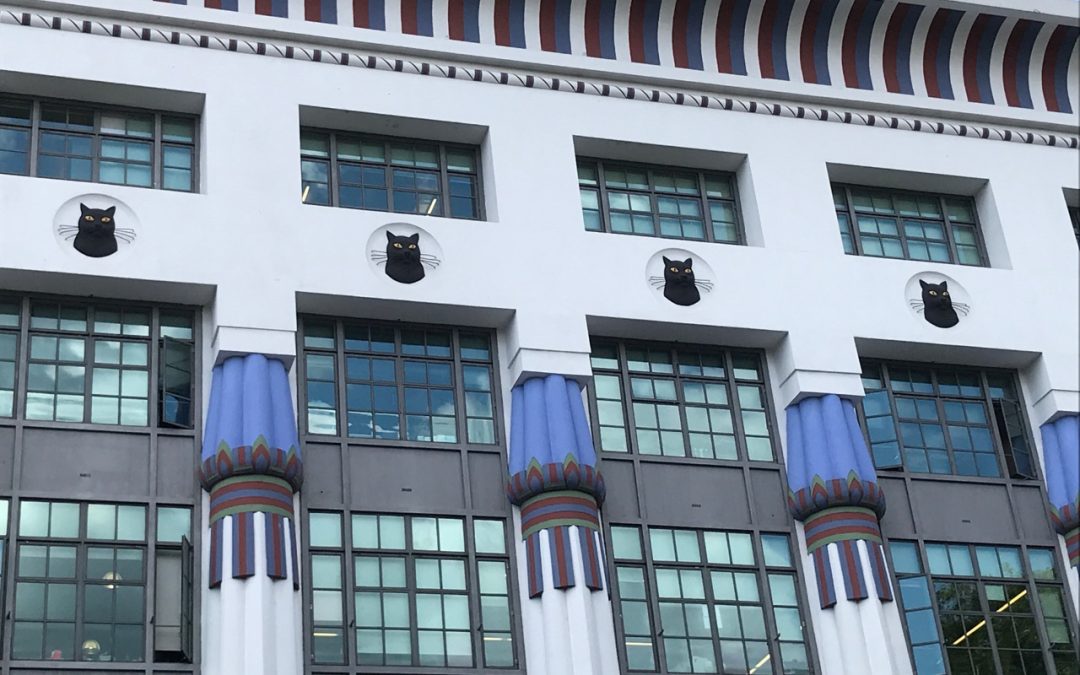 A tour on foot and by public transport that examines the impact of Art Deco on architecture and design in 1930s London. We will visit several buildings that encapsulate the style embracing the clean classical lines of Modernisme. The buildings include the former Carerras cigarette factory with its Egyptian theme, the BBC’s Broadcasting House, and the former Daily Telegraph offices in Fleet Street, as well as the apartment block used as the residence for Agatha Christie’s Poirot TV series! A seven-hour tour on the subject would also include a visit to Eltham Palace, in South East London.