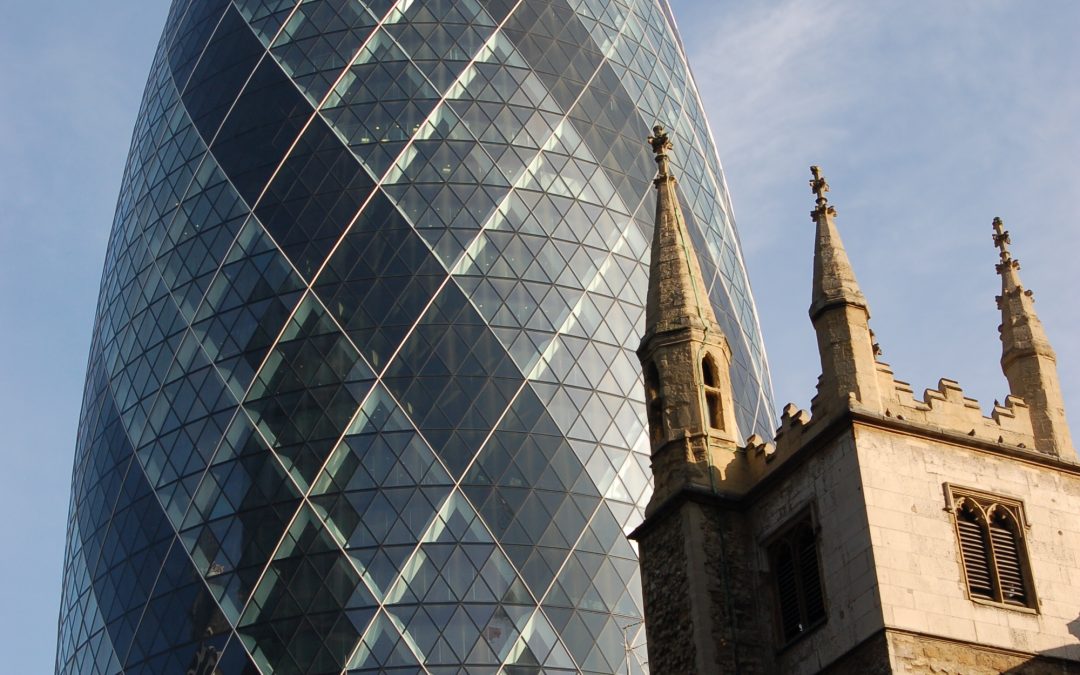 Today, London is a strange mix of old and new buildings often juxtaposed on adjoining sites. This is the result of modernisation, and rebuilding after The Great Fire of London in 1666 and the bombing Blitz during the Second World. There are a number of personally guided architectural walking tours that can be undertaken, tailored to your own requirements but here are three suggestions to get you started. 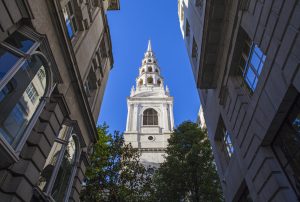 Wren’s City Churches. Following the Great Fire of 1666, the old city of London, which had lost nearly three quarters of its buildings were rebuilt. The authorities rejected Sir Christopher Wren’s ideas about a total re-planning of the city on a grid pattern, but he did rebuild most of the destroyed churches including his masterpiece, St Paul’s Cathedral. His style, broadly in the restrained English Baroque style was an odd mix of White Portland Stone and red brick. Each of the churches is unique and has its own story to tell, both contemporaneously and in its subsequent three hundred year history. Many of the churches appear in the nursery rhyme, Oranges and Lemons key to understanding aspects of London’s culture. 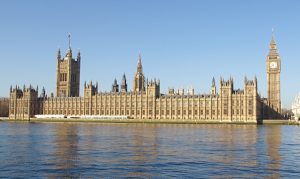 The Battle of the styles In nineteenth century London, there were great debates in Parliament and among aesthetes over the most appropriate style for the city’s major public buildings. The debates began in 1834 after the Palace of Westminster (Houses of Parliament) was largely destroyed in a fire. The old Palace was a medieval gothic structure, and the Great Hall had survived. There were however those who sought to rebuild it a more modern classical style. A compromise of style was reached and the architect Sir Charles Barry was awarded the commission, who in turn designed a neo-gothic façade with classical proportions in layout. The interiors and ornamental detail were designed by the neo-Gothic architect AWN Pugin who was responsible for all the interiors, was critical of Barry’s design remarking ‘All Grecian sir; Tudor details on a classic body’. There were several architects of this period who adapted their styles accordingly to other buildings, most notably the Foreign and Commonwealth Office in Whitehall, designed in a true classical style by Sir George Gilbert Scott, responsible also for many of the neo-Gothic churches in London. 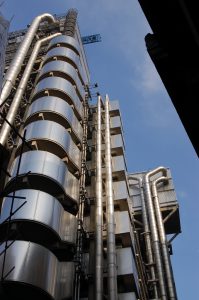 Modern architecture. Following the Second World War, when much of London was destroyed by bombing, there were several schemes to rebuild the old City of London, which had suffered very badly in the Blitz. The 50s was the new age of modernism and many new prefabricated concrete monoliths were erected to urgently replace those that were destroyed. Ultimately, these and the high pedestrian walkways installed at the same time proved unsuited to urban life in the capital. The 1980s, and the rise of the City of London as a global financial hub facilitated the rebuilding of the area, glass and steel buildings erected to replace the old, that has continued unabated. The first building to exceed the 600 ft skyline was Tower 42, followed by many radical buildings that have earned nicknames such as The Gherkin, The Cheesegrater and The Walkie-Talkie! The old City has expanded further east and now occupies a site once occupied by the old docks, home to 5 million square feet of office space.