I am an art and design historian with over twenty years experience as a writer and lecturer on the subject at Masters level. My London art tours and design courses are created around half day (4 hours) and one-day walking tours (7 hours). You can personalise your own art and design tour of London to suit your own particular interests, or you can hop onto one of my own 4 hour tours of the London art scene which are regularly undertaken by me as follows: 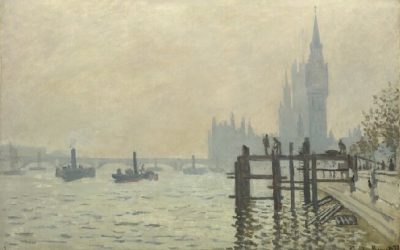 THE IMPRESSIONISTS in LONDON – 4 HOURS

One thinks about the French Impressionist movement as having its genesis in Paris in the mid 1870s. However artists such as Monet and Pissarro had begun developing their style earlier after being forced into exile during the Franco Prussian War of 1870-71. While here they discovered the work of JMW Turner and others that had a significant influence on their painterly style. Another artist Alfred Sisley had English parents and spent some of his early adult life in London. All three of these artists returned to London later in their careers. The tour visits some of the haunts where they painted views of the city and its urban life 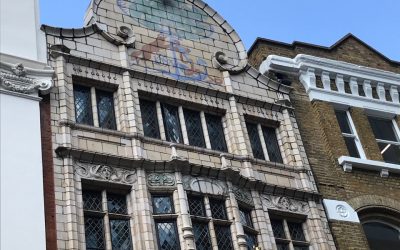 Art Nouveau had a profound influence on European art and design at the turn of the nineteenth century. Its genesis was in Paris but there are a number of antecedents to the style in British Arts and Crafts. However the full-blown style with its decorative and elaborate sinuous lines found a number of different resonances in European capitals such as Munich, where it was known as Jugendstil, Barcelona where it was known as Modernisma, and the Stile Liberty in Milan, Britain like its originators in Paris and Brussels used the term Art Nouveau, and created a variation of the motif.  We will visit a number of buildings in London that adopted the style before visiting the V&A Museum to see some of the furniture, jewellery and other artefacts connected to Art Nouveau.

From October 2019 Michael will be running a small number of short courses on particular topics, such as French Impressionism and Post Impressionism, The Pre-Raphaelite Brotherhood, JMW Turner, William Morris and the Arts and Crafts Movement in Britain, and early Modernism in England.

Use the form below to ask us about our London Art Tours and design courses, or to arrange a tour of your own.