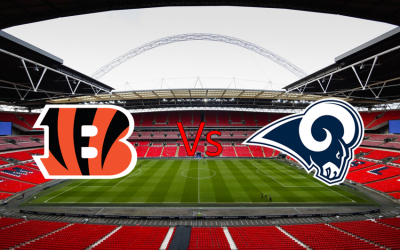 The Cincinnati Bengals and Los Angeles Rams meet on the 27th October in the NFL at Wembley Stadium. The new stadium opened in 2007 and has hosted International soccer matches, the English FA Cup Final, concerts and many other sporting and musical events. The latest of these is the American National Football League who have played two games so far at Tottenham Hotspurs Football Ground and will play a further two matches on English soil at Wembley.